Hack of Capital One Exposes Information on 100,000 Customers

Capital One is one of the largest credit card issuers in the world. On July 29th 2019, Capital One made an announcement, confirming it is the victim of one of the largest data breaches in financial sector history, as a former software engineer for Amazon has been indicted on charges related to the hacking.

Here’s what we know:

Capital One has admitted that the personally identifiable information (PII) of over 100 million American and Canadian credit applicants’ information has been exposed. The company did admit that no credit card account numbers or authentication credentials were compromised in the hack. They also go on to mention that in 99 percent of the files, social security numbers were not compromised. The largest category of information that was accessed were individual and small business credit applications that span from 2005 to 2019.

The perpetrator, Paige Thompson of Seattle, Washington, was a former software developer for Amazon Web Services (AWS), which took advantage of a firewall misconfiguration to gain access to the information, AWS confirmed Monday. The flaw came as a result of a setup error and not a flaw within the massively popular AWS.

The breach happened on March 22 to 23, 2019. Thompson was apprehended as a result of being reported to Capital One for storing incriminating evidence on her Github and Slack accounts. Capital One contacted the FBI on July 19, 2019 and after a short investigation, Thompson was arrested and indicted by the Western District of Washington.

The CEO of Capital One, Richard Fairbank released the following statement:

“While I am grateful that the perpetrator has been caught, I am deeply sorry for what has happened. I sincerely apologize for the understandable worry this incident must be causing those affected and I am committed to making it right.”

For a full report of the event, visit: https://www.capitalone.com/facts2019/

Capital One has said that it will inform you if you have been a victim of this massive attack, but if like many of us, too much is at stake to wait for the company to reach out to you, you can take some immediate steps to safeguard your personal information.

Keeping yourself and your business secure online is more difficult than ever. To learn more about data security, subscribe to our blog.

More posts from author
Wednesday, 30 June 2021 Three IT Practices that Can Drive Your Business’ Success
Monday, 28 June 2021 Tip of the Week: How to Prepare a Data Breach Response
Friday, 25 June 2021 If You Haven’t Already, It’s Time to Thoroughly Document Your Business IT 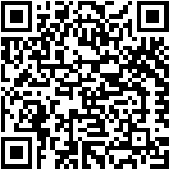