Tip of the Week: Why You Should Reexamine Your Business Practices 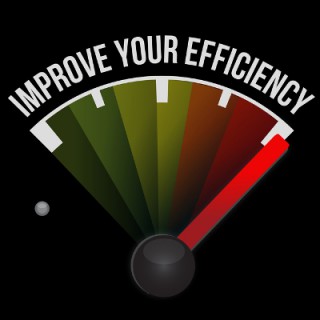 As a business adopts certain “best practices,” it is important for business leaders to consider why they are adopted, and more importantly, are they really for the best? There are many problems that subscribing to false best practices can produce, and so it becomes important to identify, adjust, and resolve them.

As a business adopts certain “best practices,” it is important for business leaders to consider why they are adopted, and more importantly, are they really for the best? There are many problems that subscribing to false best practices can produce, and so it becomes important to identify, adjust, and resolve them.

The term “best practices” is used exceptionally often in business communications, blogs, and other messages, to the point that it is fair to say that the term is bandied about just for the sake of using it. However, so much stake is placed in what is considered “best practice” that whatever is purported to be best is accepted without any further examination.

In his recent book, Breaking Bad Habits: Defy Industry Norms and Reinvigorate Your Business, and in an interview with the Harvard Business Review discussing this publication, Professor Freek Vermeulen discusses this phenomenon.

Reverse benchmarking is where you examine the standard practices of your particular industry in order to determine how one can do better, often by abandoning what other businesses treat as status quo. Returning to the Capitec example, Capitec observed that the other banks in South Africa were closing at 4 o’clock in the afternoon. In response to this, Capitec extended their hours to allow those who are employed to attend to their banking after work, and many of their branches have Saturday hours as well.

This is just one example of how “best practices” may not always be “best” for all businesses. However, when many businesses are questioned specifically regarding their supposed best practices, the response is often some variation of “this is what is safe and/or comfortable, and this is the way it has always been done.” According to Vermeulen, this is a good sign that there needs to be an examination into whether or not an organization is subscribing to practices because they are truly helpful, or if they are just stuck to the status quo.

There is also the danger of assuming that, because a company became successful by doing something, that something is a best practice. Vermeulen brought up the possibility that the companies who have reached the top have done so by following risky strategies and lucked out, while the vast majority of companies who did the same thing they did ultimately failed and died out in obscurity.

Vermeulen also acknowledges that changing an established practice is not an easy conclusion for many businesses to come to. According to him, companies will wait as long as they can before they make a change out of necessity--when they begin to see productivity and profitability suffer--but by then, change is more difficult to make.

This is why Vermeulen offers this advice: “Be proactive.”

By evaluating your business and establishing what actually works and--more importantly--what doesn’t, you can identify weak points and resolve them before they cause your business too much trouble.

Advanced Automation Inc. can do the same for your IT, evaluating your systems and network to ensure that everything is up to standard. Give us a call at 770-448-5400 for more information.

Tags:
Business Management Best Practices Tip of the Week
Hitman Email Scam Threatens Your Life, Instead of ...
Tip of the Week: What to Do When the Internet Goes...

An Extreme Example of a Fired IT Administrator Taking Revenge

Tip of the Week: 3 Reasons Why Outsourced IT Makes Sense for SMBs

Tip of the Week: Tips for Getting the Most Out of Your IT Consultant

Tip of the Week: 8 Essential Questions to Ask of Your IT Provider

Tip of the Week: 4 Easy Ways to Share Files